A one-hour program for the American history series The American Experience (PBS), the film traces the economic boom— the “New Era” of prosperity— that ends with the great stock market crash of 1929.

By 1929, Charles Mitchell, President of the National City Bank (which would become Citibank), had popularized the idea of selling stock and high yield bonds directly to smaller investors. Mitchell and a very small group of bankers, brokers, and speculators manipulated the stock market, grew wealthy and helped create the economic boom of that fabulous decade. Their successes made them folk heroes of the day.

In 1929, while the market was rising, seemingly without limits, there were few critics. Based on eight years of continued prosperity, presidents and economists alike confidently predicted that America would soon enter a time when there would be no more poverty, no more depressions — a “New Era” when everyone could be rich.

Instead it was the rich who became richer. Jesse Livermore, a Wall Street insider, drove around town in one of six yellow Rolls Royces. His daughter-in-law describes his two yachts, private railway car and five homes, including an apartment on Fifth Avenue he bought to have a place where he could change clothes for the theater.

Michael Meehan was the stock specialist who manipulated the glamour stock of the day, RCA, from $2.50 a share up to a peak of over $500 a share, making millions for the few who were in on the deal. William Durant, founder of General Motors, was called “King of the Bulls.” In October of 1929, he would lose millions in a desperate, single-handed effort to stop the stock market crash.

Before the crash, the success of these men convinced small investors that the stock market was a sure thing, that Wall Street was the smart place to put one’s money. The film features the recollections of people whose families experienced the crash. Groucho Marx’s son, Arthur, remembers how his famous father detested gambling, yet put his entire life savings in stocks.

The Crash of 1929 captures the unbounded optimism of the age, a time when the stock market epitomized the false promise of permanent prosperity. 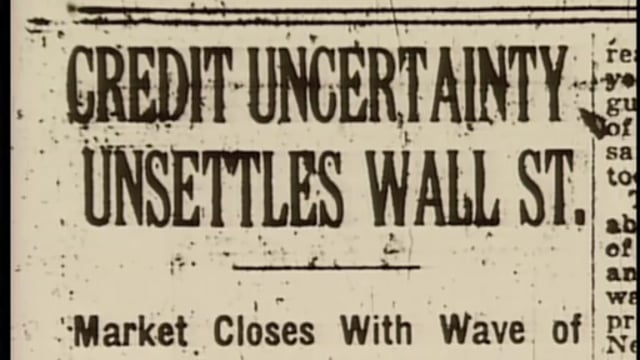 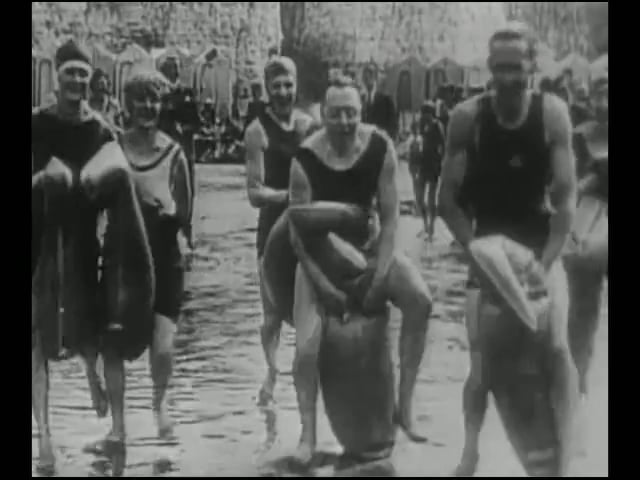 The life of the wealthy before the crash

The Crash of 1929 is a sobering reminder that what goes up, must come down. “It is something that happens every 20 or 30 years,” economist John Kenneth Galbraith says of the dramatic Wall Street plunge, “because that is about the length of financial memory.” This episode… is a further reminder that this weekly PBS documentary history series is one of the finest and most enjoyable programs on television…This episode conjures the warning that those who forget history are doomed to repeat it.

In hindsight, perhaps there are a few lessons to learn from tonight’s excellent The American Experience edition special on PBS called The Crash of 1929. Considering the economic mood of the country, nothing could be more timely…

The Crash of 1929 has all the ingredients: larger-than-life characters, great fortunes that are won and lost, and highly emotional drama….Producers Ellen Hovde and Muffie Meyer have done a marvelous job of telling the story.

Tonight’s installment of The American Experience is an instructive and timely documentary entitled The Crash of 1929 (9-10 p,m. EST, on PBS; PBS air times and dates vary, so check local listings). Any number of people around can remember the great depression. but there are significantly fewer left to tell about the event that started it all. This crisp and oddly mellow look back at the crash provides relatives and other intimates of the big Wall Street players, who tell what life was like in the age of unbridled optimism. The son and daughter of banker Charles Mitchell reflect, as they sit in the baronial mansion that was their childhood home, that they had 16 live-in help, not counting chauffeurs. Their father and other titans of Wall Street never had to stop for a traffic light because the New York City police – who at the time still operated the lights by hand – turned the signal green for them.

The speculators of the time had nothing on the inside traders of today (except the law on their side). Men like Michael J. Meehan, William Durant and Jesse Livermore made fortunes by conspiring to inflate stock prices. But even the crash could not undo a great manipulator like Livermore. The day it all happened, his wife, convinced they were ruined, had the servants moved all their possessions into a small cottage. But Livermore, who came home to an empty house, had in fact made more money on Black Tuesday than ever before. Still, the stock market game as the speculators had known it, the game that was life itself to some, was over for him, too, and Livermore would end up taking his life not too many years later, just like the men who had been wiped out. It is fitting that the crash be treated as an epic, the way it is treated here—and grippingly.