An Emmy Winner for “A Documentary of Exceptional Merit”, Bejamin Franklin is a three-part miniseries for PBS. The series tracks the life of Franklin from boyhood through his many scientific, political, and diplomatic accomplishments.

Funded by the National Endowment for the Humanities, Northwestern Mutual Life Foundation, The Pew Charitable Trusts, The Sloan Foundation, The Arthur Vining Davis Foundation, and the Challenge Fund of PBS/CPB.

The story of the life and times of this remarkable man. If George Washington was politically the father of the United States, Franklin – with his earthy humor and extraordinary creativity – is its spiritual creator. He defined his age, an age of experimentation in science, government and human relations. Three hundred years after his birth, he continues to shape our thinking and our values as Americans.

Part 1: “Let The Experiment Be Made” (1796-1753)
From humble beginnings, Franklin quickly rises to prominences as a publisher and printer in Philadelphia. His discoveries in the new science of electricity help free the world from the harmful effects of lightning and propel Franklin onto the world stage.

Part 2: “The Making of A Revolutionary” (1755-1776)
Franklin moves to London and finds himself in the midst of a growing between England and the colonies. He tries to calm the waters, until he is publicly humiliated by the British Paliament. The incident turns this loyal subject of the British empire into a revolutionary, which results in a tragic break with his beloved son.

Part 3: “The Chess Master” (1776-1790)
Franklin embarks on the most important mission of his long life when he becomes diplomat to France during the American Revolution. After the war, he plays a critical role in creating the US Constitution, and becomes the only founding father to campaign against slavery. 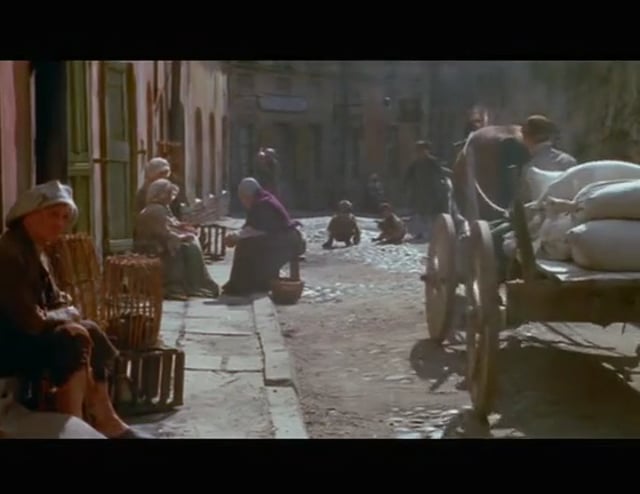 The making of Benjamin Franklin 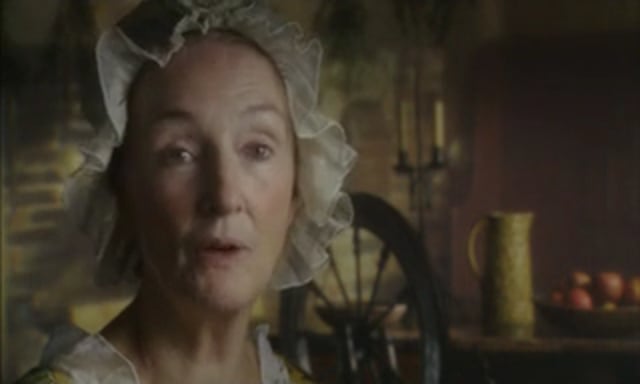 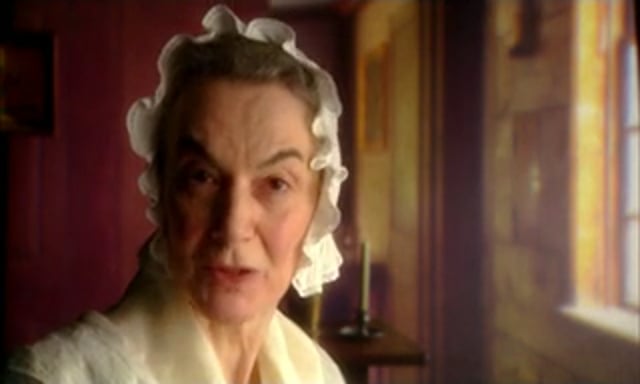 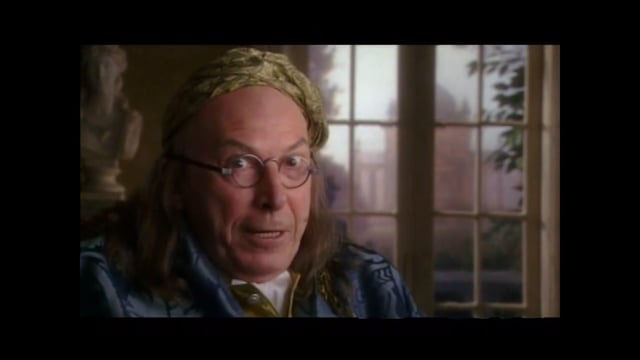 Franklin "argues" with his gout

The program elevates itself above most television biographies by mixing the usual experts with actors who portray the central characters. The actors do nothing more than recite passages from letters and other documents of Franklin’s day, but they do it with an ease that…feels completely natural.

…Benjamin Franklin is one of the more fascinating biographies you’ll ever see on TV…this program will have people scrambling for the biographies and histories of the period. It’s a terrific introduction to a terrific character.

The Franklin who emerges from this 3 ½-hour portrait is a towering figure, a scientific and political genius. Yet he’s also a ribald, fun-loving fellow with whom you’d love to sit down and have a drink.

This is no ordinary documentary…The script, the acting and the words of the academics who appear on-screen communicate an exceptional love for Franklin, mingled with astonishment at the variety of his accomplishments and the largeness of his spirit. His faults…are part of the story, but there’’ never any doubt that the people describing his life are in awe of him…

…Among the performers is Richard Easton…who portrays the older Franklin as a gent of sparkling wit, agile mind and strong backbone. He’s such a charming guest, you’ll want him to stay and dine.

Picks and Pans: Show of the Week, People Magazine

…Extraordinary programming that demonstrates that television, usually an action medium, can shine in the realm of history and ideas…Benjamin Franklin challenges the audience with complex concepts and historical detail while rewarding it with the pleasure of conversation with great men.

Benjamin Franklin seems to have arrived fully formed – he achieved fame at 16 – it’s hard to see character development or to believe, as Franklin asserts, that he was ever young. But that’s a quibble, and this is a treat.

…After success as a scientist, author, newspaperman, revolutionary, and diplomat, Benjamin Franklin can add another title to his legacy: talking head. He shames the blowhards and pundits packing the television airwaves.
This improbably but hugely entertaining situation comes courtesy of PBS’ Benjamin Franklin, which airs Tuesday and Wednesday. This delightful documentary presents Franklin, played by two actors, rattling off his ideas. “Have you ever noticed when someone is making a speech which they introduce with the words, ‘Without vanity I may say’, they always say something very vain about themselves right afterward?

This stylish show is more rollicking than a Ken Burns film and sounds strangely contemporary, too, with references to Andre Agassi, John LeCarre and Rupert Murdoch. Franklin probably led the most intriguing life of all the founding fathers. In almost every way, he astonishes….