A legendary cult classic, Grey Gardens is the story of Big and Little Edie Beale. They are high society recluses, the aunt and cousin of Jackie Onassis, living in a dilapidated mansion in “toney” East Hampton. Once a beautiful and much sought-after debutante, Little Edie never married and now, at age 56, still lives with her mother and at least thirty cats.

Selected for Cannes, New York, London, and Edinburgh Film Festivals. The film also spawned a successful Broadway musical, and an HBO film starring Drew Barrymore and Jessica Lange. It was selected by the Library of Congress for preservation in the United States National Film Registry as being “culturally, historically, or aesthetically significant”.

Grey Gardens is the unbelievable but true story of Mrs. Edith Bouvier Beale and her daughter Edie, the aunt and first cousin of Jacqueline Kennedy Onassis. Mother and daughter live in a world of their own behind the towering privets that surround their decaying 28-room East Hampton mansion known as “Grey Gardens,” a place so far gone that the local authorities once threatened to evict them for violating building and sanitation codes. The incident made national headlines—American royalty, living in squalor! For the Beales were nothing short of the upper crust. Mrs. Beale, a.k.a. “Big Edie,”was a born aristocrat, sister of “Black Jack” Bouvier, Jackie O’s father. “Little Edie” was an aspiring actress of striking beauty, who put her New York life on hold to care for her mother – and never left her side again. Together they descended into a strange life of dependence and eccentricity that no one had ever shared, until the Maysles arrived with their camera and tape recorder.

The Beales were ready for their close-ups. Little Edie—a still-attractive woman at 56—parades about coquettishly in her trademark improvised turbans (her wildly original ensembles inspired a 9-page fashion spread in a 1998 issue of Harper’s Bazaar and a 1999 issue of Italian Vogue), reminisces about her brilliant past, still hoping that her Big Chance and Big Romance are just around the corner. Big Edie, a trained soprano in her bohemian days, trills romantic songs of yesteryear in a slightly wobbly, but still rich voice. The women bicker, prattle, and flirt like characters out of Tennessee Williams or Eugene O’Neill. The film is a bittersweet love story, a record of a powerful and complex relationship between mother and daughter. 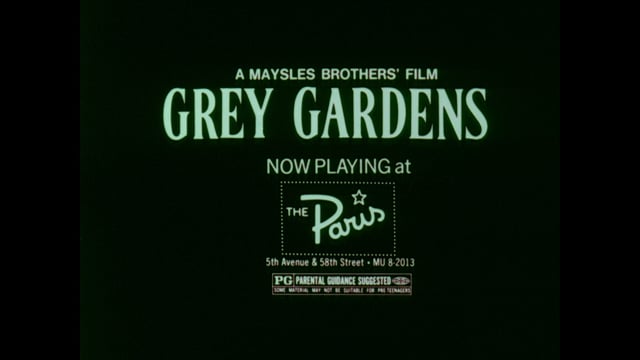 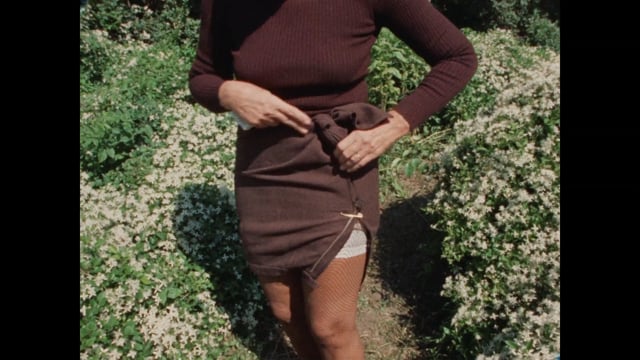 Extraordinary. One of the oddest, most beautiful films ever.

It’s sad, it’s funny, it’s disturbing—but Grey Gardens reminds us that the camera can be used for dramatic effect, even when the drama is rooted in real life.

I’ve seen Grey Gardens four times! I felt that I was looking at two eccentric women and I was embarrassed, but the fault was in me, because slowly but surely I was opened to these women on any number of levels that I’m still exploring.

To my mother and me, Grey Gardens is a breakthrough to something beautiful and precious called life.

It’s a hell of a show. Incredible. Hilarious, horrifying and tragic all at once.

Rich in the kind of psychological truths that the screen rarely probes…a poignant affirmation of life.